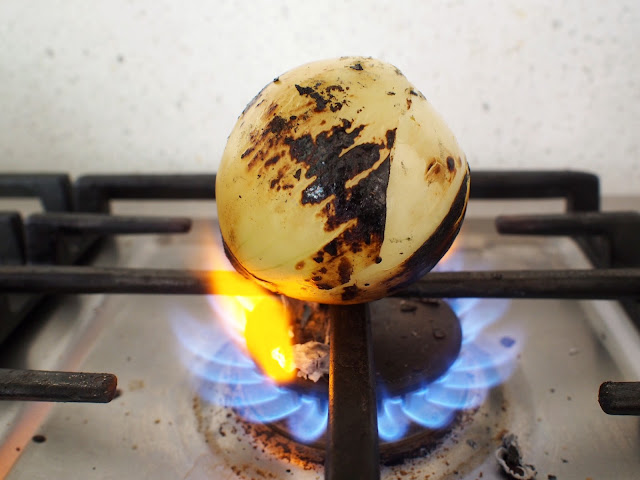 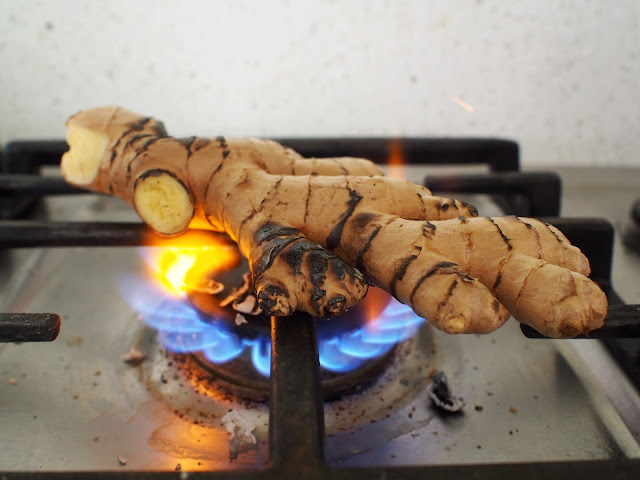 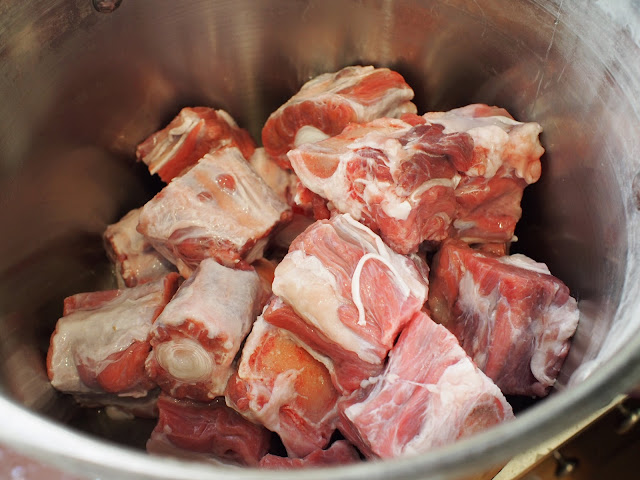 What brand of spice mix you use will influence the final outcome of your broth.  Like many home recipes, each family has their own way of seasoning and use different proportions of the main common spices.  I recommend using whole spices in a spice bag instead of the pre-ground spice packets.  The one Kaitlin and I used is a brand called Five Grains - which I have yet to find in any Asian market near me so now I make my own.  The first time I tried making pho, I couldn't find the same brand she used and the result was not happy.  Luckily, she sent me some and also dissected its contents so that we could make our own spice pouches whenever we needed: 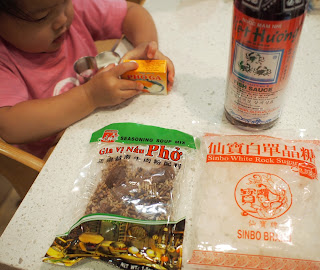 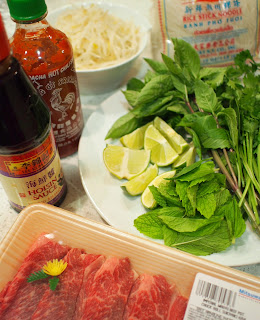 *See notes above regarding seasonings used

**amount depends on how many bowls you are planning to serve as you can always freeze extra broth for later.  Typically you would use about a small handful of fresh herbs, a small handful of bean sprouts, 1-1.5 cups of cooked noodles, and 2-3 thin slices of meat, and 1 lime wedge per person.

Rinse oxtail pieces and beef bones.  If you have time, soak the oxtail in a pot of cold water for at least 30 minutes, up to one hour to get rid of the blood and rinse again after the soak.  While the oxtail is soaking, spread the beef bones on a baking sheet and sprinkle some salt and pepper on top.  Broil the bones in the oven for about 10 minutes.

Wash and dry the onion and ginger.  Remove the top and end of the onion, and any dirt ends of the ginger you can't wash off.  Over an open gas flame, roast the onion and ginger until fragrant and blistering/blackened, using tongs to rotate.  If you do not have a gas stove, you can try roasting/broiling in the oven and turning it to blister evenly but it may take 20-30 minutes to do so.

Lightly sprinkle salt over all the oxtail pieces and rub it in.  Place a layer of oxtail at the bottom of your pressure cooker pot, and then layer the spice packet, rock sugar, onion, ginger, and beef bones in next.  Top with the remaining oxtail and daikon, and pour one cup of fish sauce into the pot.  Fill with water up to the max line of your pressure cooker pot and set it on high pressure for 30 minutes (Meat/Stew setting on Instant Pot).

Once the pressure cooking is done, let the pressure release naturally (since the pot is very full, QR would cause a lot of broth to spray out).  You can prepare the toppings while waiting for the pressure to drop. Wash and dry the fresh herbs, slice the lime into wedges, and blanch the bean sprouts.  Arrange these toppings on a serving plate for people to add as they see fit.

When the pressure is released, remove meat to a separate container and cover to keep warm.  Strain broth and discard the seasoning, bones, onion, and ginger (you can eat the daikon if you like).  Add 2 cups of chicken broth to the strained broth and heat to boiling, either on saute mode in the Instant Pot or directly on the stove.  Adjust fish sauce seasoning as desired, adding 1/8 cup at a time, and more chicken broth if you like.  I ended up adding an additional half cup in addition to the 1 cup used in the pressure cooker, and a total of about 3 cups chicken broth.  Cover, with lid ajar and maintain the broth on a strong simmer/light boil while you prepare the noodles.

Cook rice noodles according to package instructions and arrange in large, deep bowls. Place several thin slices of beef in a single layer over the noodles and ladle hot broth over it to cook the beef.  Serve immediately (daikon and oxtail can be served separately in communal bowl or you can put in each bowl).  Add lime juice, herbs, and bean sprouts to taste and dip the meat into Sriracha and hoisin sauces as you like (some people like to directly add some of the sauces to the soup too!). 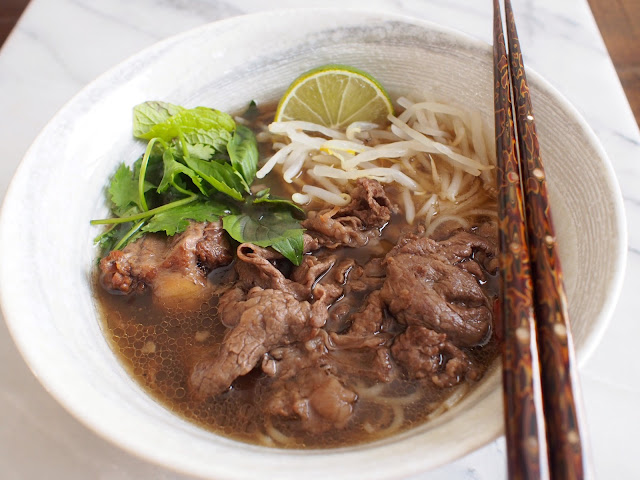 If you have extra broth that you want to freeze, freeze the oxtail meat separately from the broth.  Let broth cool and place into fridge to chill overnight before freezing - it should be in a jello-like consistency, making it easier to vacuum seal if you choose.

Tot loves noodles and has had different noodles all week for her birthday.  This bone broth soup was a great way to end the week as she came down with a cold from day care. (>_<)   Seems like she approves! d=(´▽｀)=b 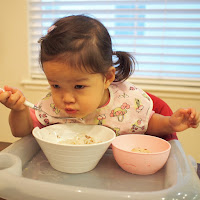 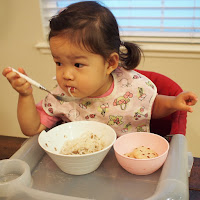 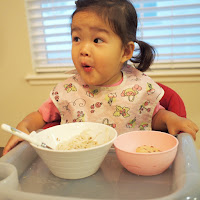 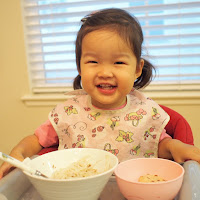