Spring is in full swing here - with some days so blazing hot it feels like summer.  Thanks to that, my allergies are also on full throttle with all the blooming plants everywhere.  Though we are still getting the occasional chilly day here and there, the weather otherwise has been going to the mid 70s and up, bringing with it the first batches of beautiful ripe strawberries for the season.

Even though there are at least 6 other vendors selling strawberries at different stands throughout the farmers market we go to, one vendor consistently has the longest line for their berries - often to the annoyance of their neighbors since the line blocks their stalls. 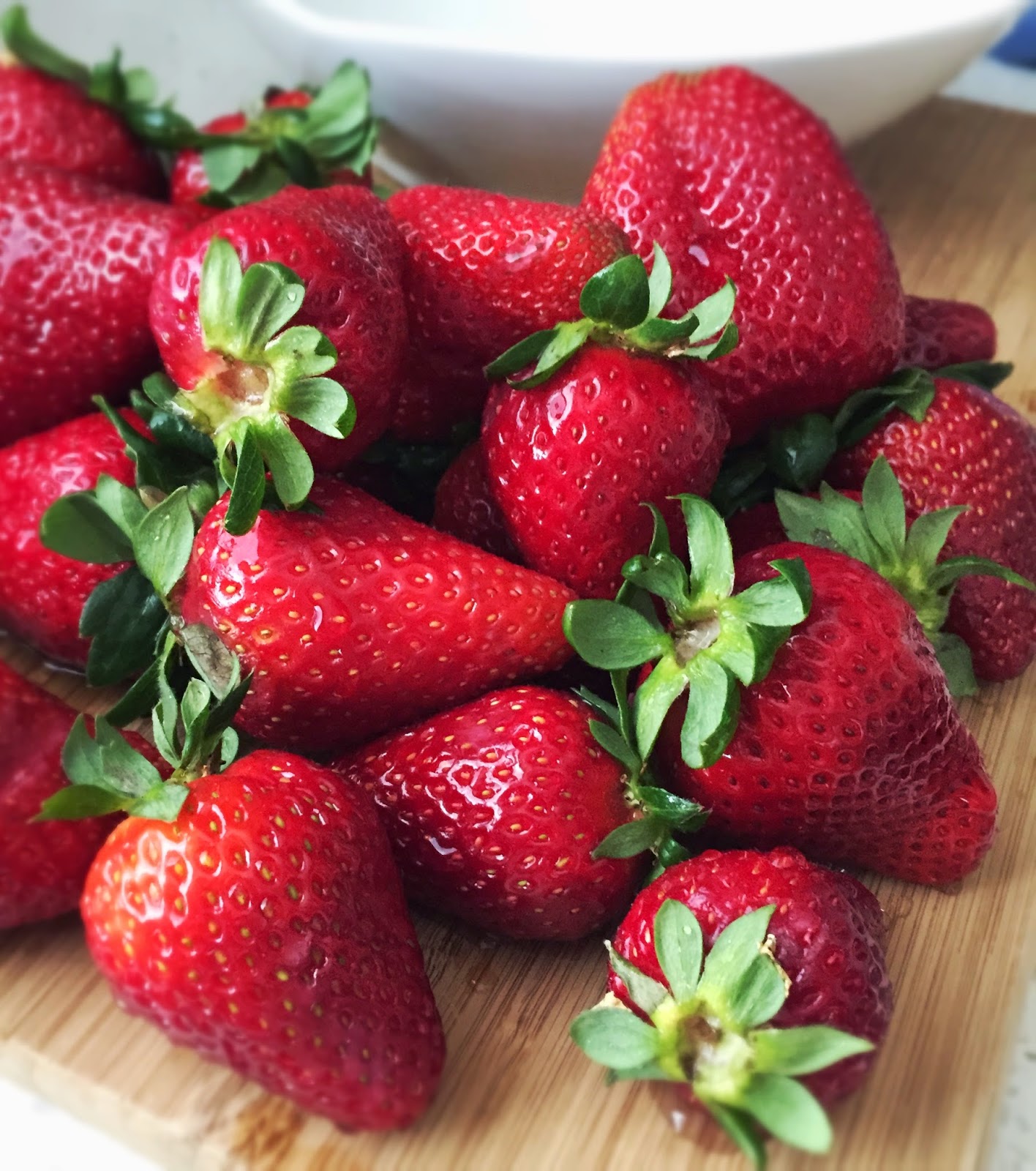 Since we bought quite a few strawberries, I wanted to try my hand at a fresh strawberry pie - especially since I failed to make a pie last week for Pi Day.  I grew up eating mostly Chinese and Japanese food, but my mom would occasionally buy American food as a treat for us - usually in the form of Western-style desserts or fast food and frozen food when she didn't feel like cooking.   My hands down favorite was when it was strawberry season and she would buy a fresh strawberry pie on sale for $5 from the Marie Callender's restaurant near our house.  Piled high with strawberries that glistened like jewels, and topped with whipped cream, those pies never lasted more than a day in our house. 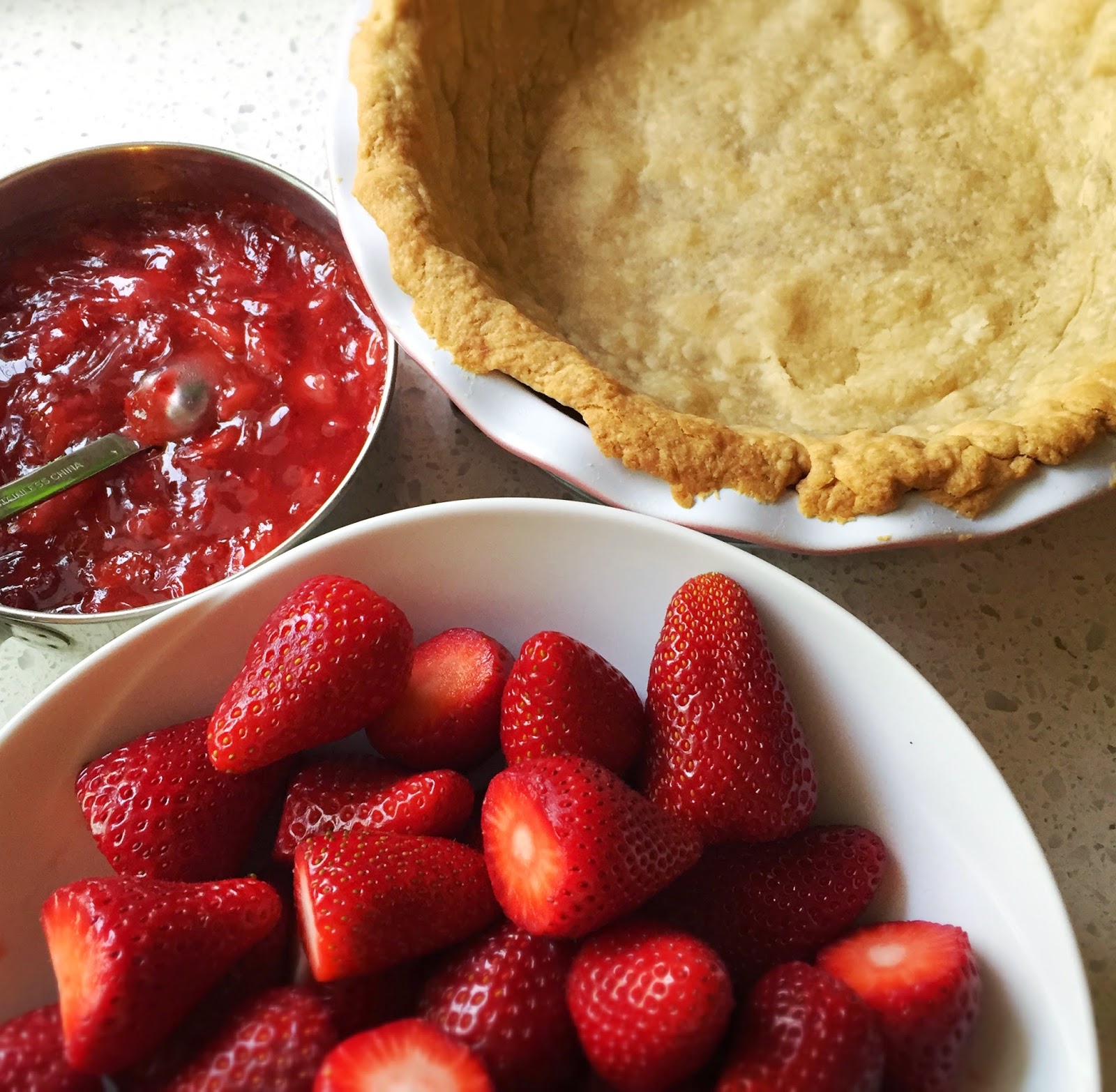 I tried a few times in my early 20s to bake pies...but they always ended up completely and utterly DISGUSTING.  Uncooked gummy dough.  Dull and tasteless fruit.  Tons of wasted ingredients.  It was enough to turn me off trying to bake pies from scratch for nearly 10 years!

I finally got up the courage to try again after coming across this recipe for a sourdough pâte brisée from the Bojon Gourmet while chatting with a friend and wondering if there was such a thing as a sourdough pie crust.  Who knew? :)  Being older and wiser (and with a bit more means than a recent college grad), I now had proper baking tools at my disposal, including an investment into a nice ceramic pie plate from Emile Henry for this new attempt at pie-making.  It also helped to watch YouTube videos on how to fraisage dough. (^_−)☆ 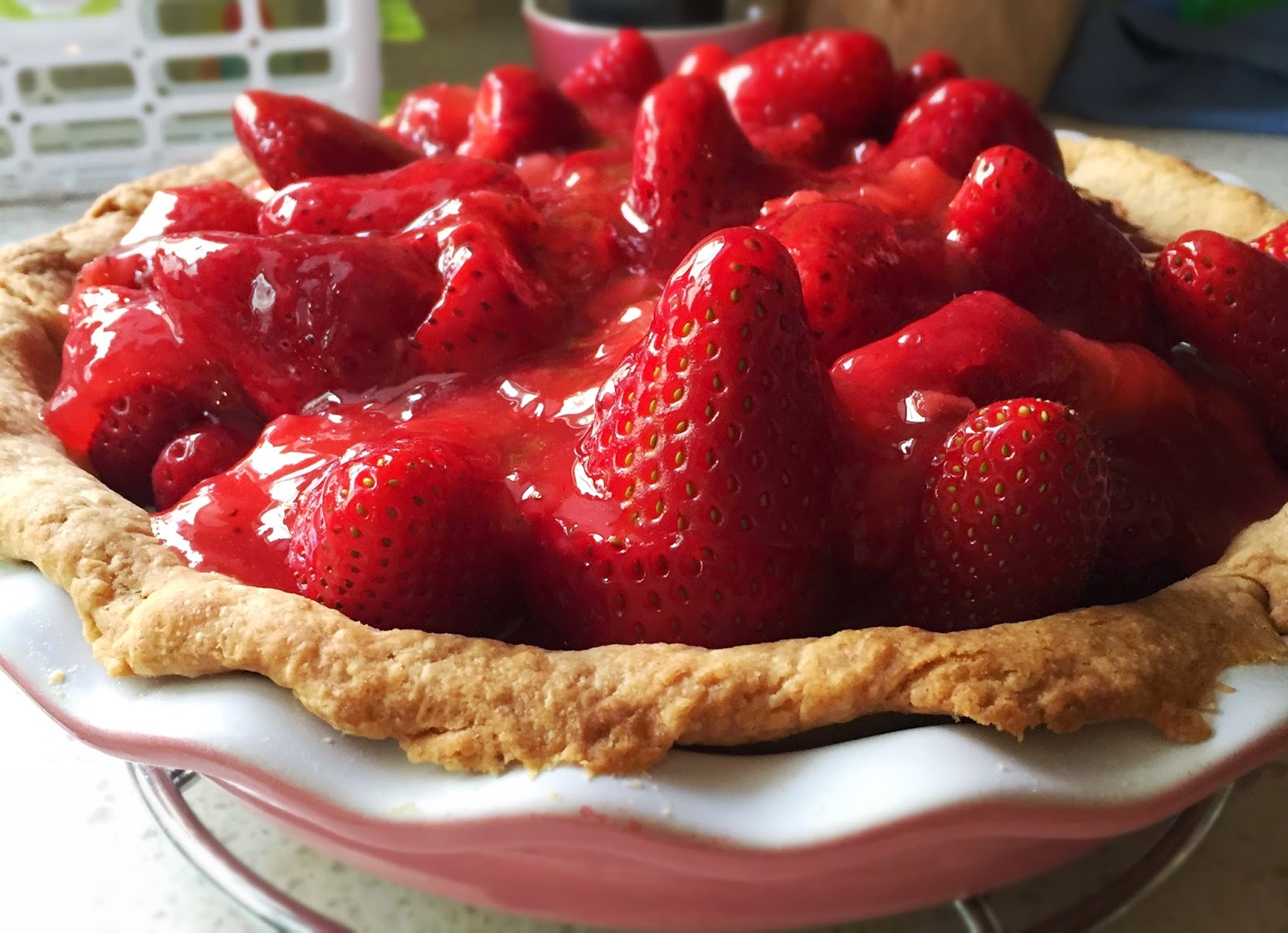 Much to my surprise, the blueberry-apple pie I made using the recipe from the Bojon Gourmet was an edible success!  As was my attempt at a banoffee pie a few weeks later!  All of which led to today's attempt to do a fresh strawberry pie and recreate my childhood tastebud memories. The result?  My tastebuds (and tummy) were pretty darn happy. （⌒▽⌒） 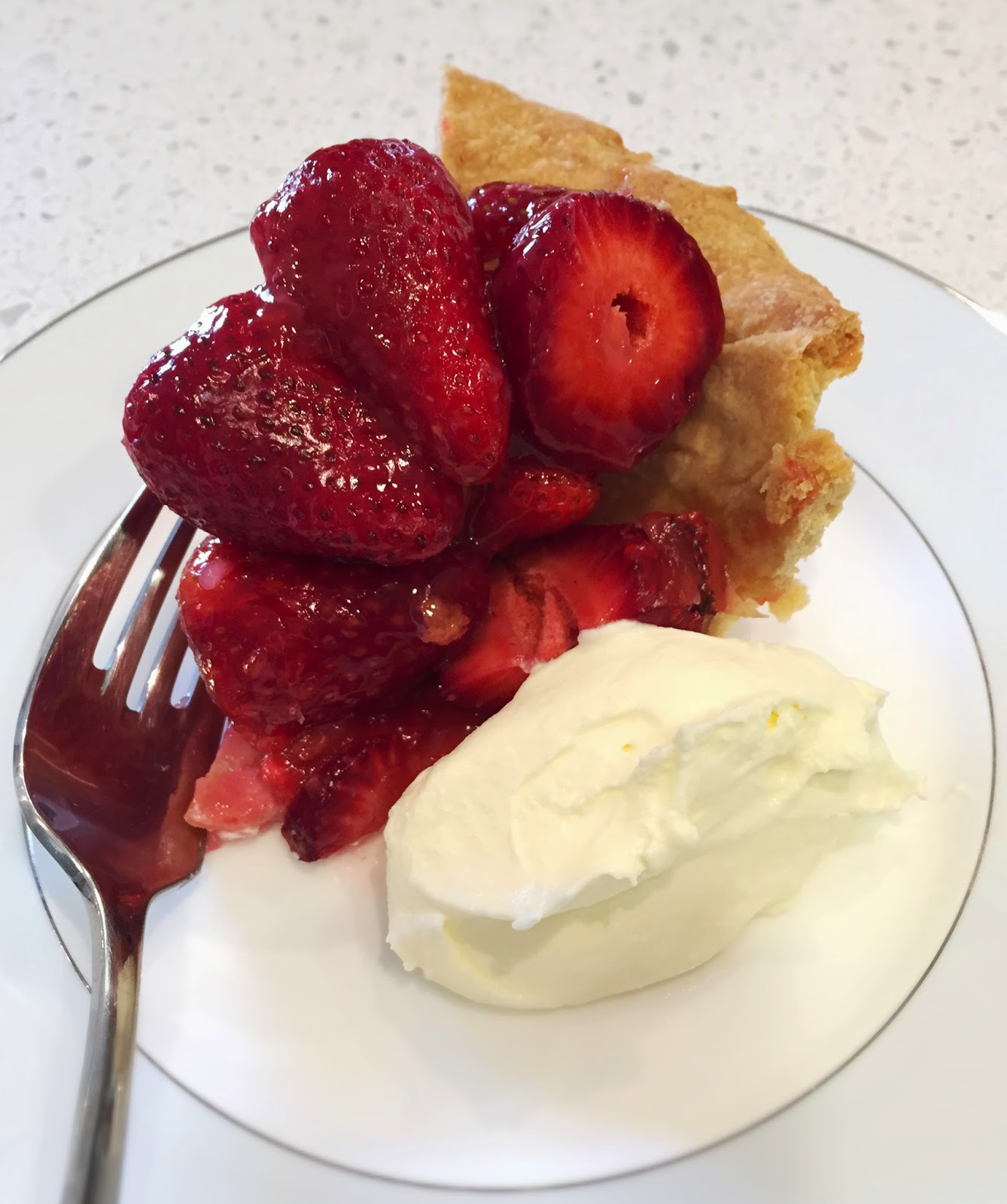 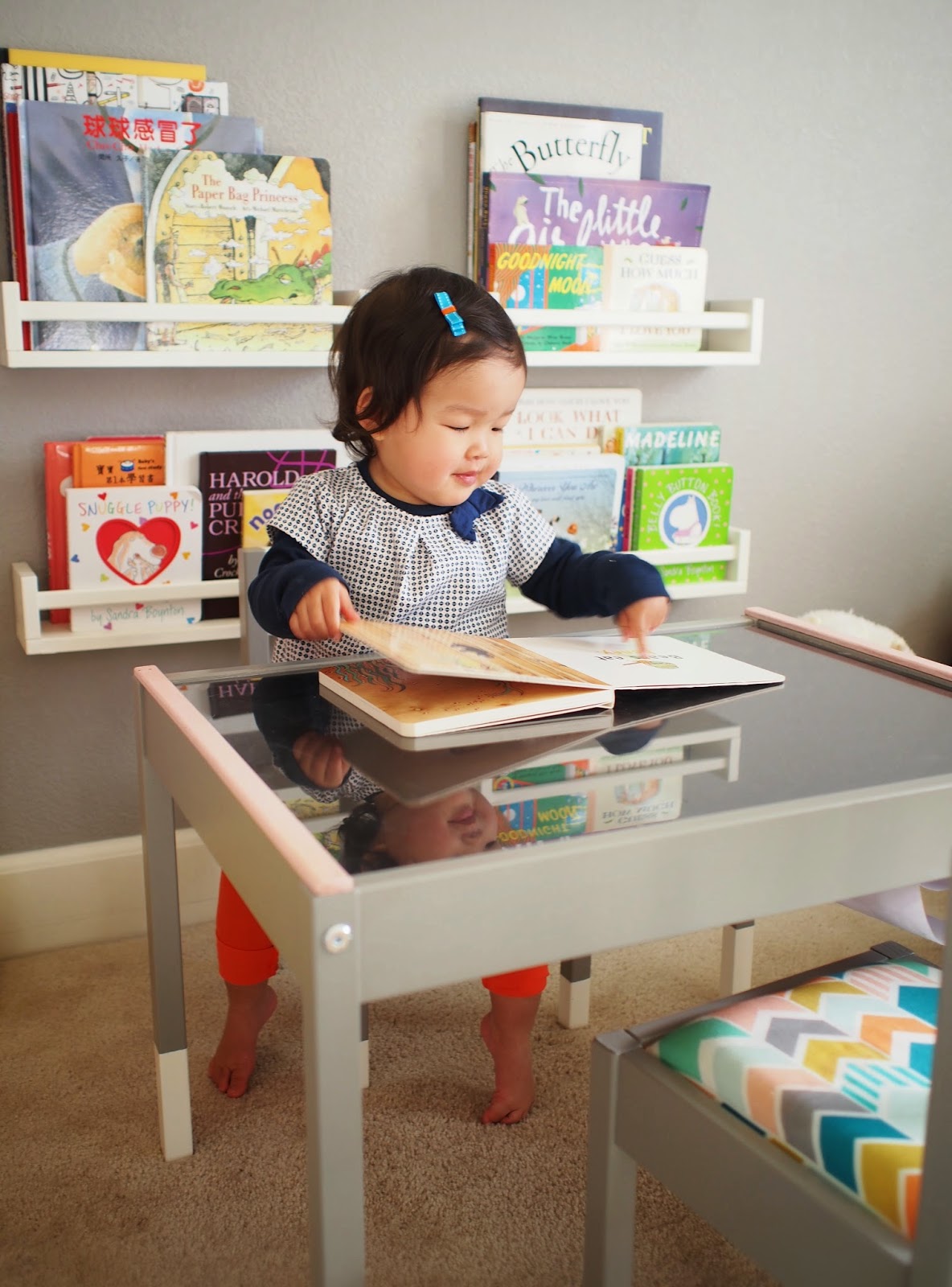 I've been itching to do something crafty for my toddler, and when I came across the idea for "hacking" the IKEA LATT table and chairs set to customize it, I knew this was it.  There are tons of other blogs out there that have done this already and I basically combined my favorite ideas from several different hacks all into one, and wanted to share my experience.